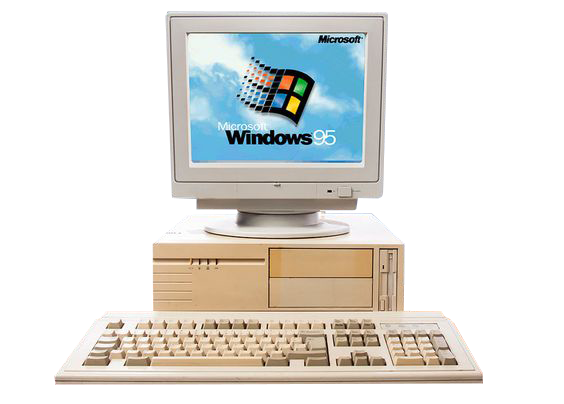 The initial design and planning of Windows 95 can be traced back to around March 1992, just after the release of Windows 3.1. At this time, Windows for Workgroups 3.1 and Windows NT 3.1 were still in development and Microsoft’s plan for the future was focused on Cairo. Cairo would be Microsoft’s next-generation operating system based on Windows NT and featuring a new user interface and an object-based file system, but it was not planned to be shipped before 1994 (Cairo would eventually partially ship in July 1996 in the form of Windows NT 4.0, but without the object-based file system, which would later evolve into WinFS).

Simultaneously with Windows 3.1’s release, IBM started shipping OS/2 2.0. Microsoft realized they were in need of an updated version of Windows that could support 32-bit applications and preemptive multitasking, but could still run on low-end hardware (Windows NT did not). So the development of Windows “Chicago” was started and, as it was planned for a late 1993 release, became known as Windows 93. Initially, the decision was made not to include a new user interface, as this was planned for Cairo, and only focus on making installation, configuration, and networking easier. Windows 93 would ship together with MS-DOS 7.0, offering a more integrated experience to the user and making it pointless for other companies to create DOS clones. MS-DOS 7.0 was in development at that time under the code name “Jaguar” and could optionally run on top of a Windows 3.1-based 32-bit protected mode kernel called “Cougar” in order to better compete with DR-DOS.